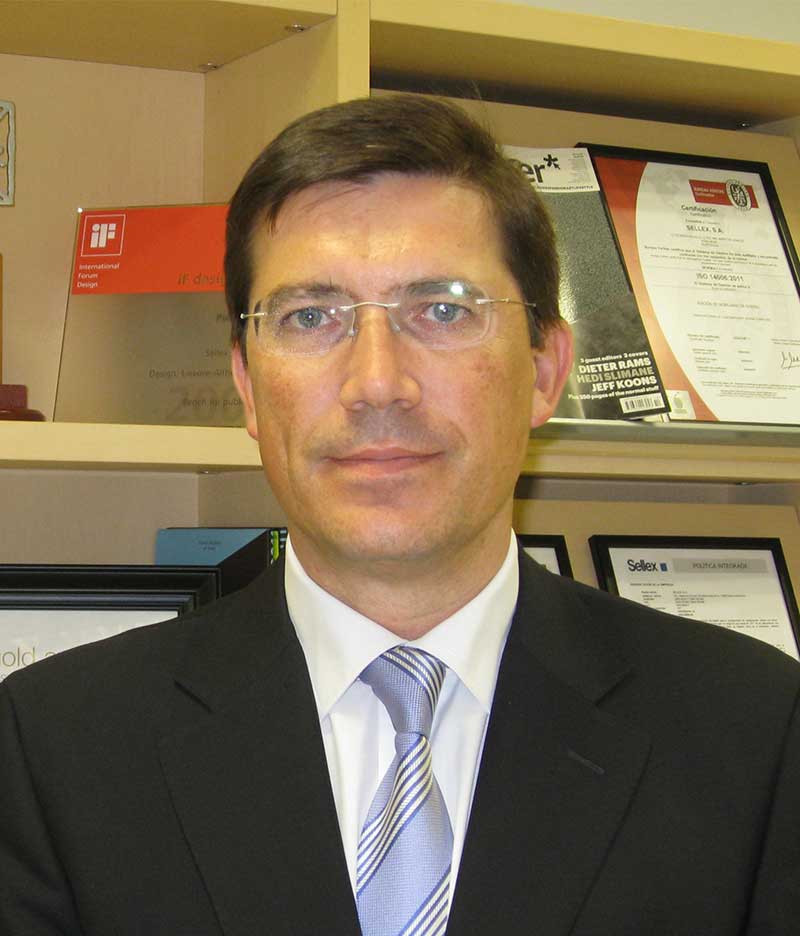 Miguel holds a Degree in Economic and Business Science (Financial Management) by the University of Deusto (San Sebastián Branch – ESTE). Since 2007 he has held the position of director-general of Sellex, a company dedicated to the production of designer furniture for public installations, with sales in more than 40 countries and which exports more than 80% of its production. It received the National Design Award in 2011. He was previously the director-general of Grupo Arregui.