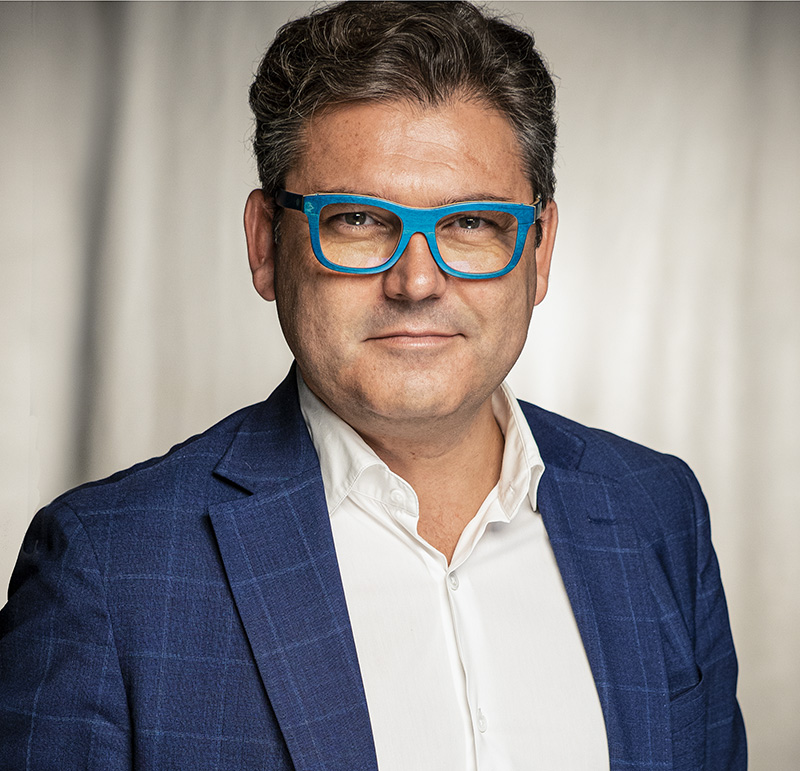 Marc Vidal is considered to be one of the most influential figures of the Digital Economy in Spain. A specialist in Digital Transformation and Industry 4.0, he is a prestigious speaker and has been ranked among the Top 50 World’s Economic Speakers, the Top 10 of Inspirational European Voices, was recently named one of ‘TOP 20 Linkedin influencers’ by the Entrepreneur magazines and featured on the Linkedin Top Voices 2019 list. As an international consultant, his clients include Oracle, ABB, Microsoft, IBM, Allianz, Deloitte, Everis, PWC, Ricoh, Kone and BBVA.

Marc’s work as a communicator has included presented and directing programmes on economics and technology at TVE, Atresmedia, Bloomberg and CNN. In addition, his blog took 3rd prize at the EuroBlogs Awards for the best European blog. His books are published by Planeta. His book “An Ant in Paris” was translated into several languages and Forbes Magazine ranked it among its 10 essential books at the time of the book’s release. His latest book, “The Age of Humanity”, has already become a bestseller as it is already on its fourth edition in just three months.

In his professional life, Marc combines heading Allrework, his own consultancy firm, with his work as an advisor to  d-LAB at Mobile World Capital, being on the board of Conector, the leading Spanish digital business accelerator, along with working as an economic analyst at the Atresmedia television platform and being a member of the Laboratoire Européen d´Anticipation Politique. He previously founded Cink Shaking Business, a consultancy firm that was acquired by Llorente y Cuenca. Marc also created and initially ran the Postgraduate Course in Digital Strategy in Networks for Barcelona University, was a member of the Research Group in New Economics at Madrid Polytechnic University and the first editor of the Westinghouse New Economy magazine.