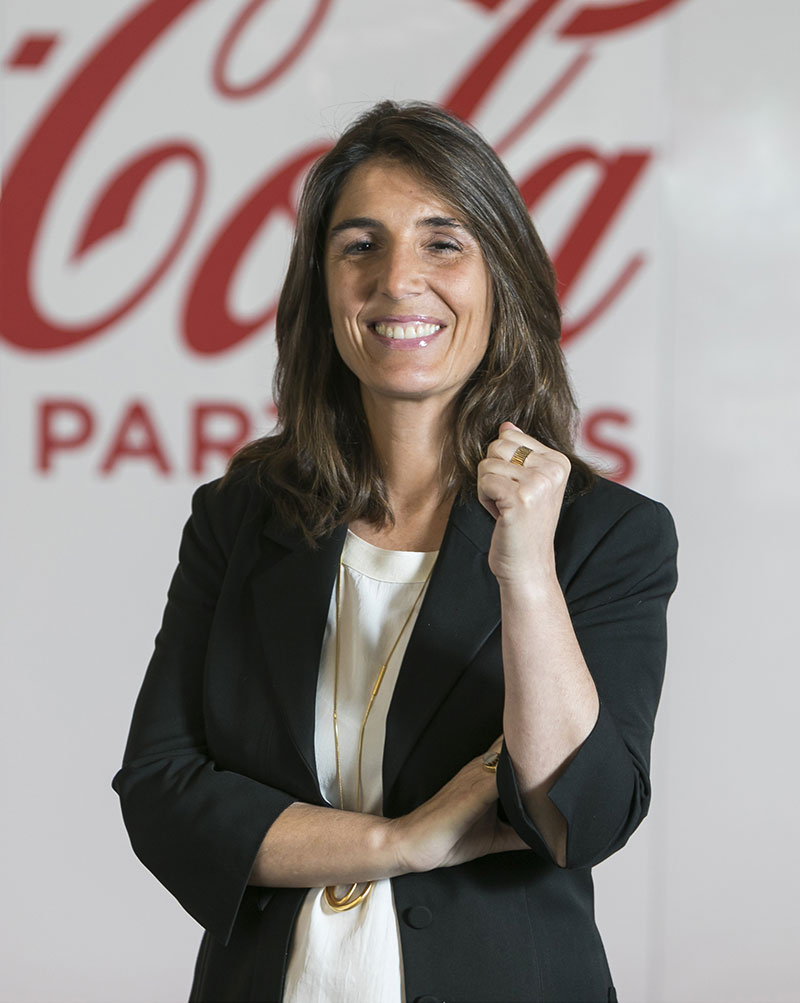 With a degree in Business Studies from the Complutense University of Madrid and an MBA from the Instituto de Empresa, Gómez-Acebo began her professional career in 1995 at Nielsen where she held various positions of responsibility related to the consumer goods sector and Internet audience measurement.

Four years later she became Head of Sustainability in CCEP, her current position in which she drives the Iberia ‘Avanzamos’ Business Unit, the joint sustainability strategy of Coca-Cola and Coca-Cola European Partners for 13 markets in Western Europe.

For Gómez-Acebo, sustainability is a pillar of the companies’ strategy. In the specific case of Coca-Cola, she considers it an inherent part of the business.

Gómez-Acebo has followed several digital conversion courses at ISDI, San Telmo and The Valley. She also collaborates as a teacher at the Complutense University of Madrid, Carlos III University, Antonio Nebrija University and La Salle University. She is a member of AECOC and a regular conference speaker. She is a volunteer in various associations with social projects to help minors.